The University of Alabama, 1985

Began his career with the CPA firm of Jamison Money Farmer & Co. (JMF) in Tuscaloosa, Alabama on September 3, 1985. Worked with JMF until February 1993 when he decided to move back to his hometown of Winfield and establish his own CPA firm, Guin & Company, the predecessor firm of Guin & Parish.

Guin currently serves on the Board of Directors of State Bank and Trust, serves as an Appointed Special Advisor to the Board of Supervisors of the Marion County Soil and Water Conservation District. Guin previously served two terms as a member of the Board of Trustees of Tombigbee Electric Cooperative, Inc. and Tombigbee Communications, Inc.

Greg and his wife, the former Dawn Atkinson, reside in Winfield, Alabama with their labradors Huck, Colt and Duke. 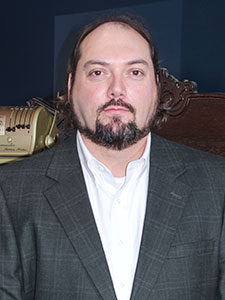 The University of Alabama, 2005

Began his career with our firm in 2003 and became a partner in 2015 commensurate with our firm name being changed to Guin & Parish, LLC.

Parish is a member of the American Institute of CPAs (AICPA) and the Alabama Society of CPAs (ASCPA).

Parish is a wildlife and land enthusiast and is the owner and manager of Bluff Hunting Club, LLC,  which holds hunting rights to more than 5,000 acres in Fayette and Lamar counties.

Parish and his wife, the former Farah Goolsby, reside in the Fayette County community of Wayside. 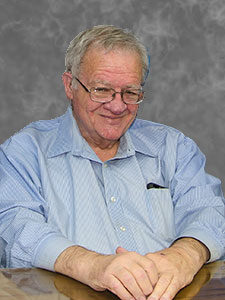 The University of Alabama

Began his career with Haskins & Sells (predecessor firm to the present day Deloitte Touche) in Birmingham, Alabama.  Following a few years with Haskins & Sells he went to work for Lehmann Ullman & Barclay, CPAs in Birmingham. After a number of years he decided to move back to his hometown of Hamilton, Alabama where he opened his own firm which later became Lawler & Cole, CPAs LLC.  In 2017, Lawler & Cole was merged into Guin & Parish, LLC, where Johnny Mack continues to serve today.  He holds Alabama CPA Certificate #901, dated in 1970. Johnny Mack is one of the longest serving CPAs in the State of Alabama and has been in active public practice for more than 50 years.

Guin-Parish is pleased to announce that we now offer the ablilty to pay online. Our secure payment processor assures that you can make payments to us online in a secure manner, without risk of exposing your personal information. To make a payment, click "Online Payments" in the menu above or click the button below.